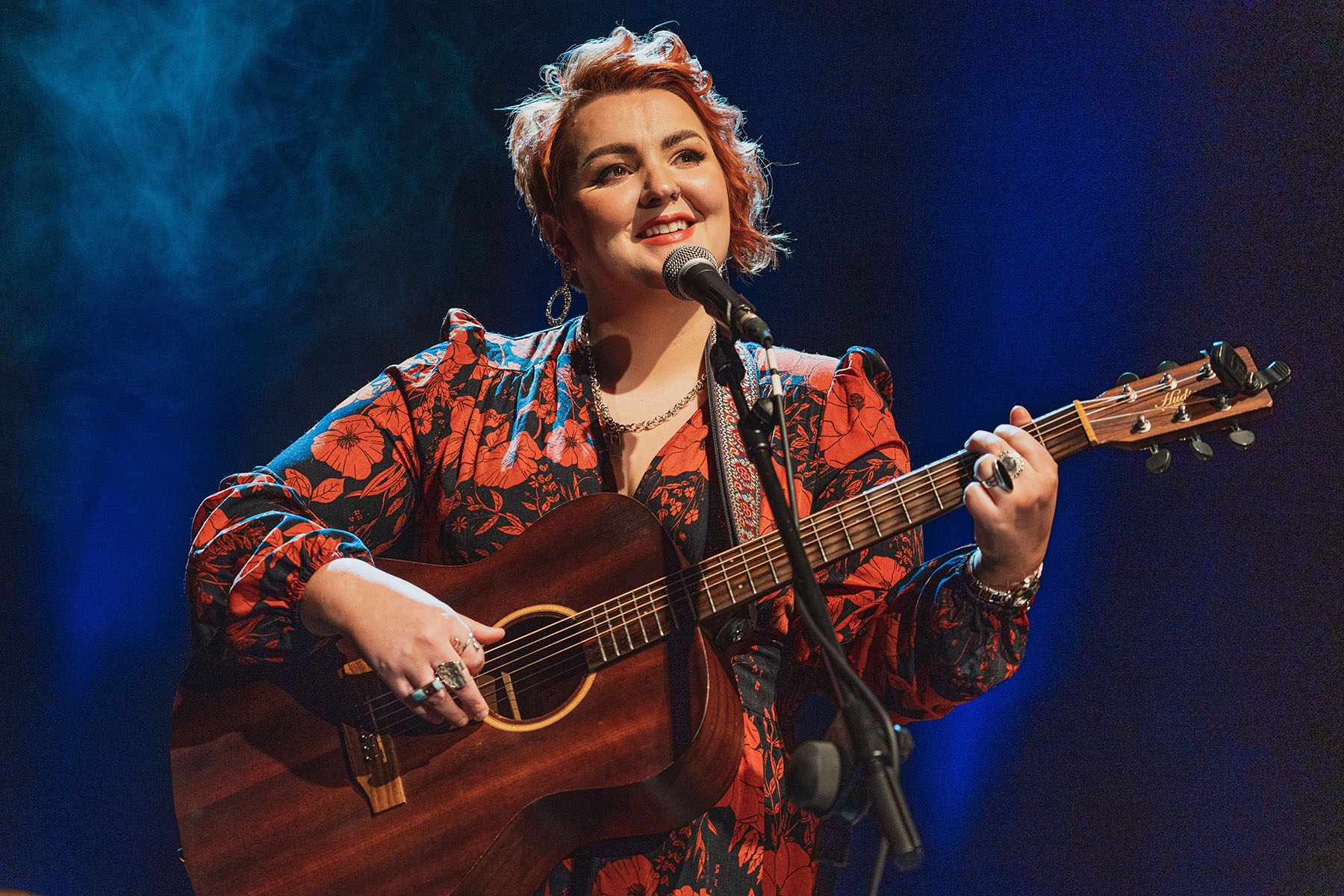 Bronwen is a Welsh singer songwriter who’s style sits between Country, Pop, Folk and Blues. She is proudly bilingual and an instrumentalist, playing piano and guitar from childhood. Her lyrics are the key to her songs, touching people with stories of real life relationships and experiences all over the world. She starred in the BAFTA Award Winning and Golden Globe nominated film ‘Pride’ where she sang the theme song ‘Bread and Roses’ and also got international acclaim during her time on BBC’s The Voice in 2013 when she brought Tom Jones to tears. She continues to write her own music and her self penned second album ‘Canvas’ was released in October last year. In 2021 her TikTok following grew by 24,000 fans as she went viral for her Welsh language covers of famous Pop songs, bagging herself an interview and segment twice on BBC Radio 1 with renowned DJ Greg James. She also wrote a brand new musical link for his show and recorded a bilingual track just for Radio 1 which they played out to over 5 million listeners.

She then went on to perform the Welsh national anthem on Good Morning Britain to millions of viewers at home, helping to teach them how to sing the song.

Bronwen also doubled her fan base on social media since last year from doing over 45 live virtual concerts from her home studio. Her shows have gained over half a million views since March 2020 and she loves connecting with people from all walks of life through her touching yet uplifting music. Bronwen has recently teamed up with Handshake Ltd and is currently on her own Welsh solo tour, selling out shows in theatres across the Wales such as the 500 seater Carmarthen Lyric Theatre, to the renowned Glee Club in Cardiff to the 600 seater Aberystwyth Arts Centre. Bronwen continues to show her comedic story telling and original music to the masses.