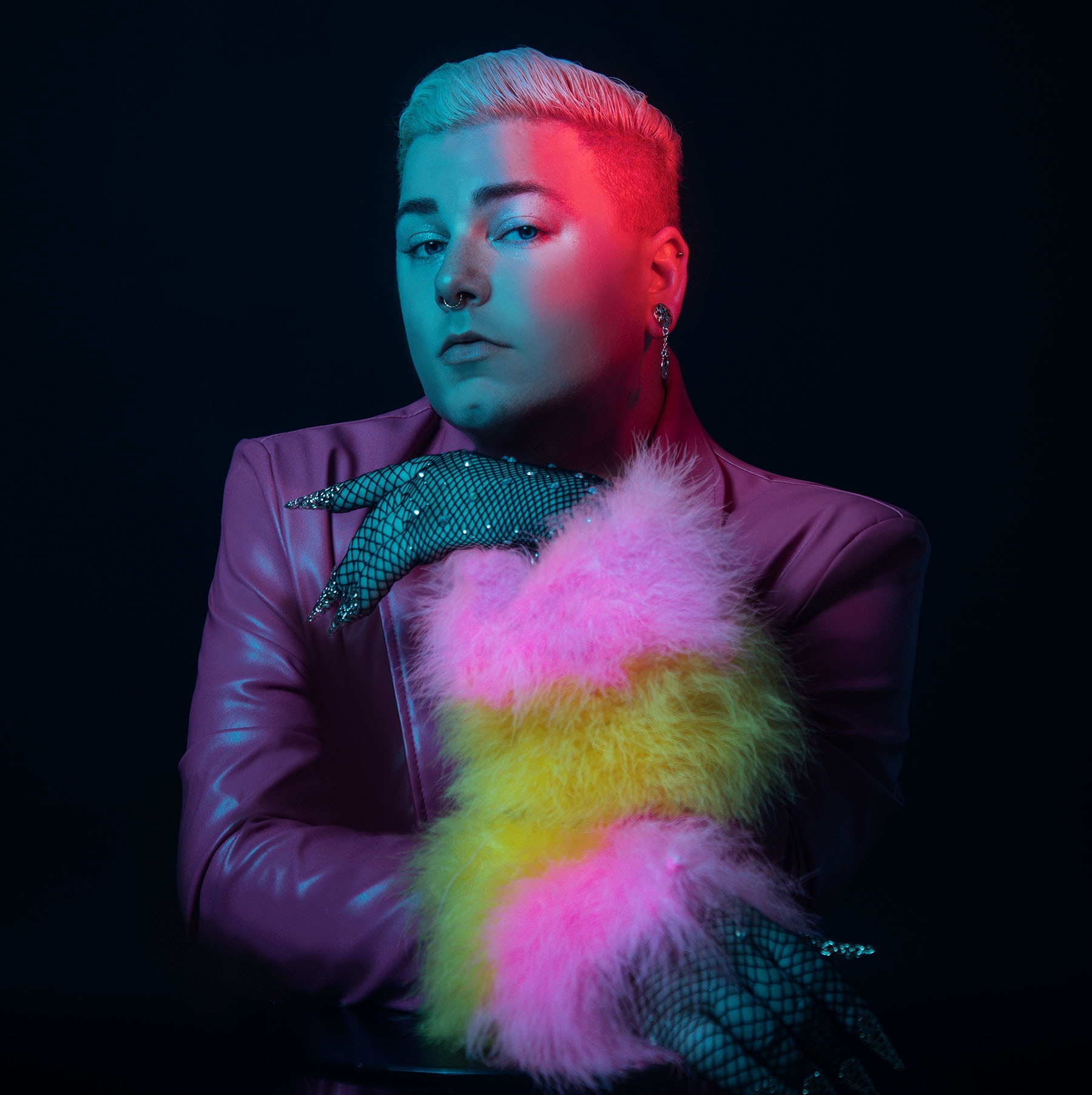 Dead Method is a pop star for the new age, whose music plunges deep into the depths of alternative electro pop with a dark edge as he explores life itself. From love and loss to politics, gender and more with sobering honesty and poetic flair.

Beginning in 2018, he has since gone on to support 65daysofstatic , Public Service Broadcasting and Georgia on their UK tours, as well as becoming a must see act on the Cardiff music scene.

In 2020, he released his debut album Queer Genesis, a beautiful exploration of LGBTQ+ culture and identity, called “a gnarly and warped alt-pop dance record, with an unsettling paintbrush and a singular voice” by AudioFemme. The album received support from BBC Radio Wales and BBC Radio 6, among others.